You Can Now Rent a 900-HP Shelby Mustang From Hertz

Excess is a proven marketing tactic. Those who want some, often want it all. And then more than that. So, Hertz is once again conspiring with Shelby American to put renters into sweetened versions of the Mustang.
There’s the pure cane GT-H coupes and convertibles for customers who want to add some sugary goodness to their next rental. And then there’s the GT500-H which is pumping a claimed 900-horsepower of supercharged super-sucrose directly into the veins of lunatics on vacation who don’t mind risking automotive type-two diabetes.

First, yes, at least some of the GT-H models feature black paint and gold graphics inspired by the original “Rent-A-Racer” GT-350H Hertz and Shelby unleashed upon a well-suspecting public back in 1966. But they’ll also be stocked by Hertz in red, white, gray and black. This 2022 version is actually the third revival of the concept, which also had 2006, 2007 and 2016 iterations. 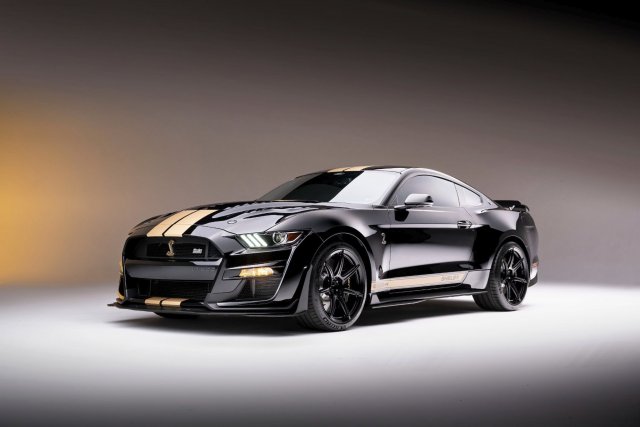